A showcase of EmComm vehicles and strategies from across the nation 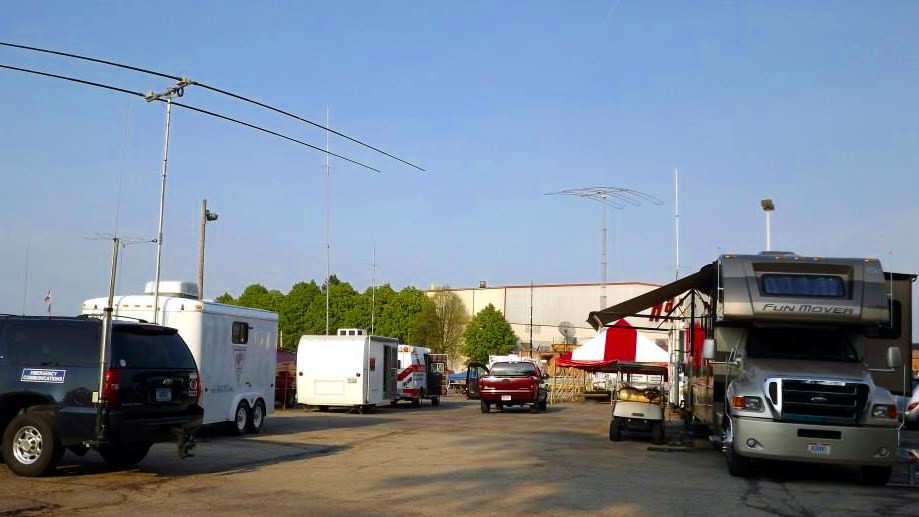 There are many groups that are thinking about building units and would get beneficial ideas from displayed units. Please consider to have units fully manned, functional and demonstrate its capabilities throughout the show.  Organizers encourage teams to have flyers or handouts describing the unit its parent organization. Remember, this is also about sharing information and ideas! 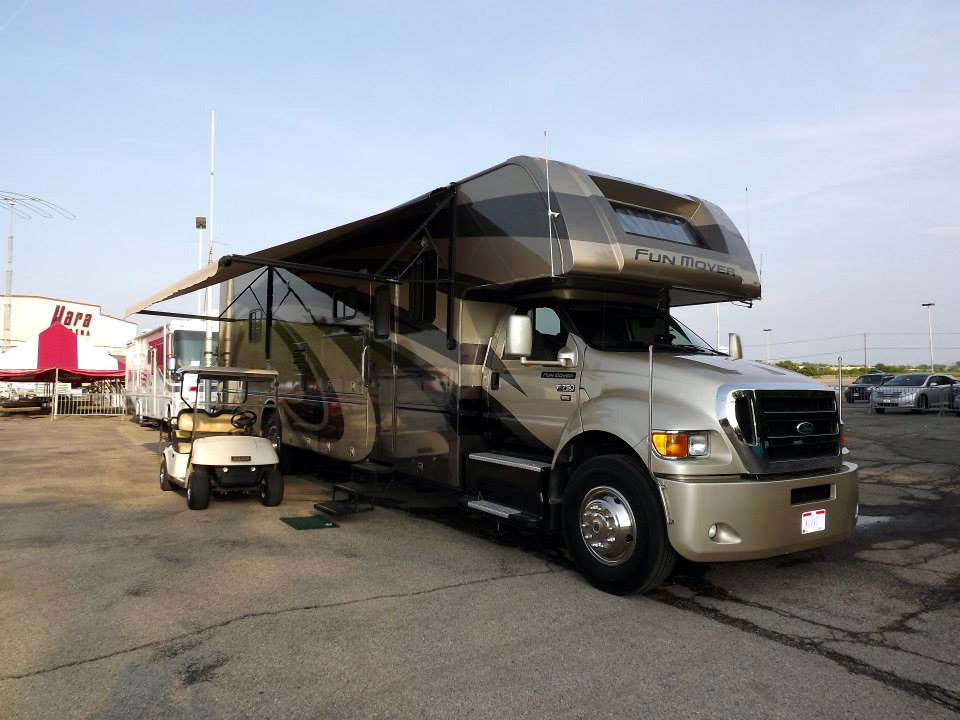 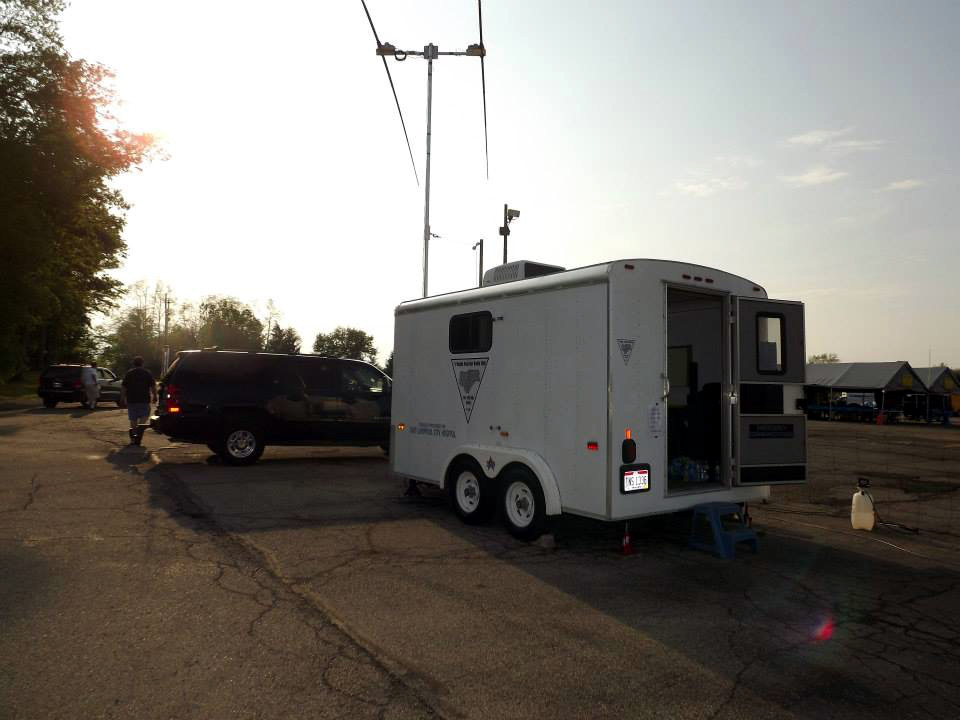 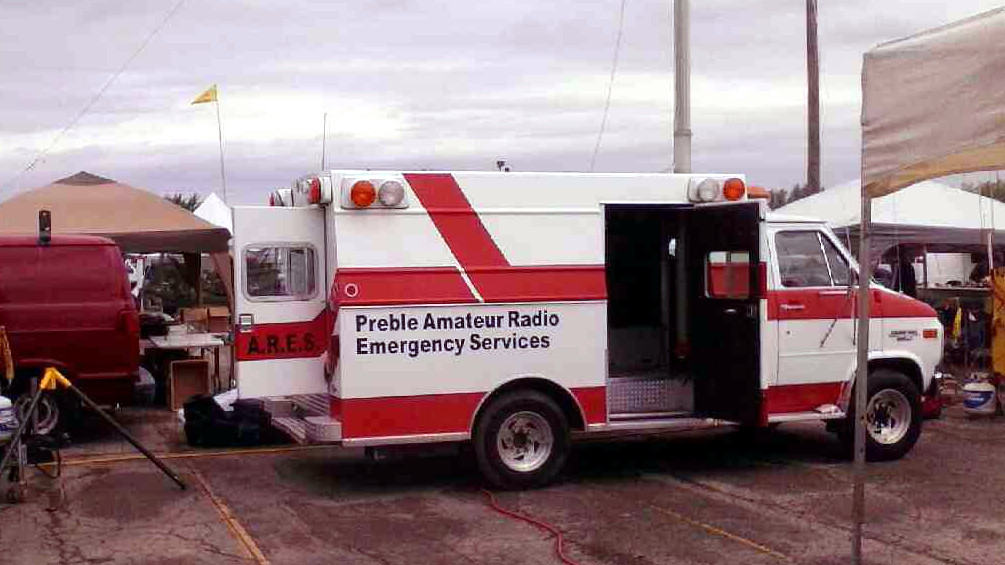 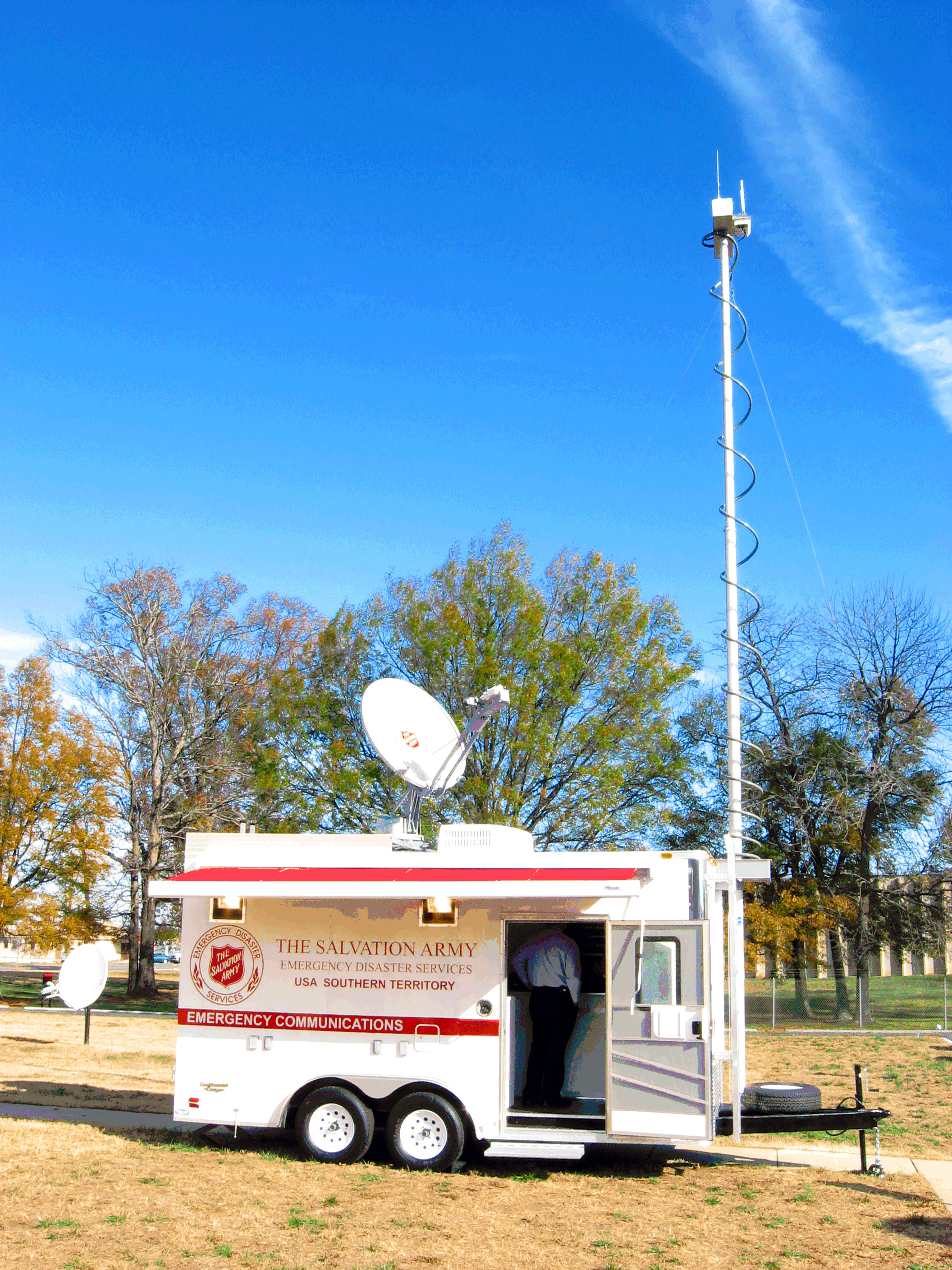 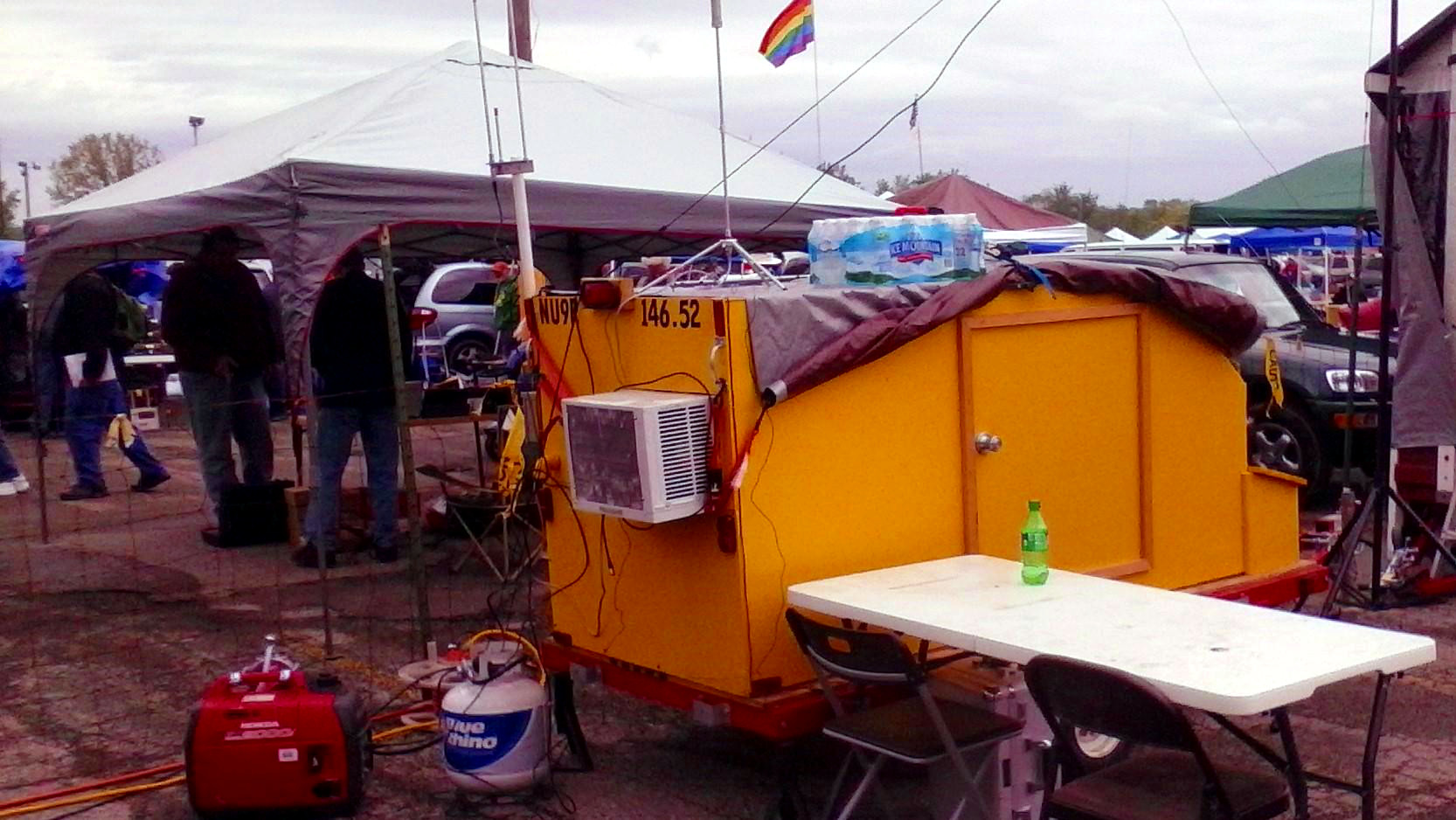 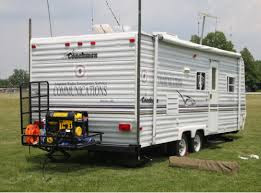 This van is set up for personal amateur use. We will be going to the Michigan Upper Peninsula  this summer to be in EN86 for the ARRL June VHF contest, and also to light up EN67 on 6 meters and many rare grids for the ARRL grid activity 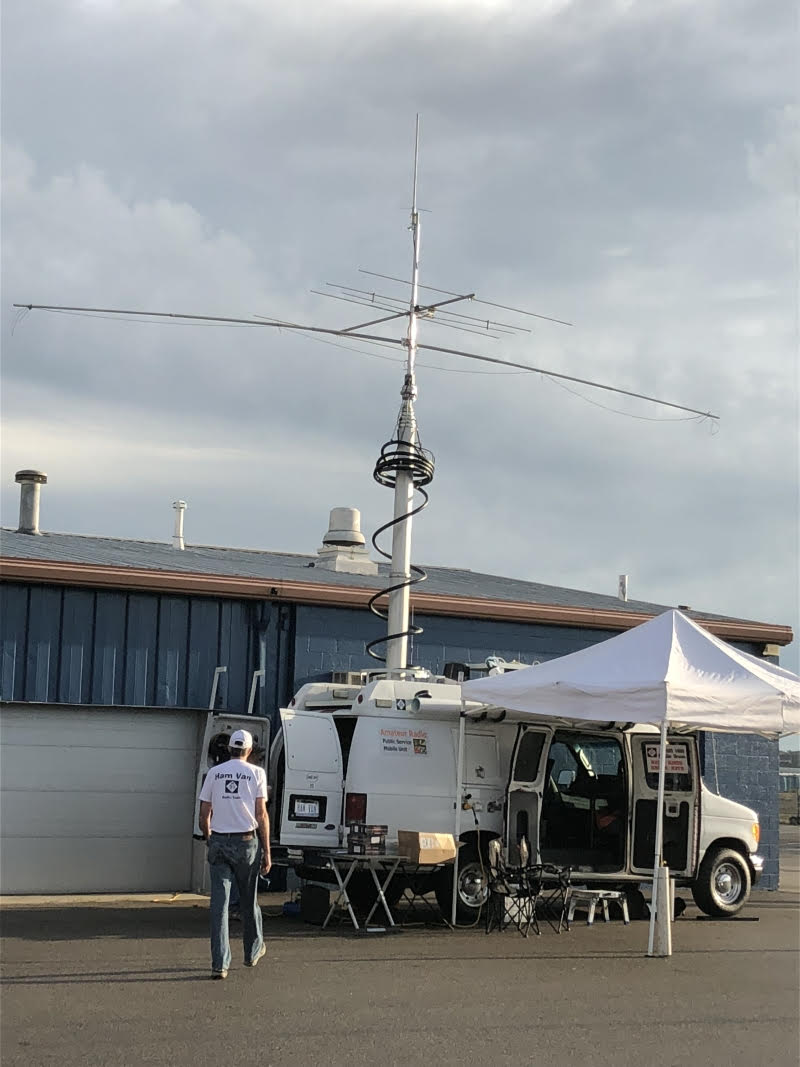 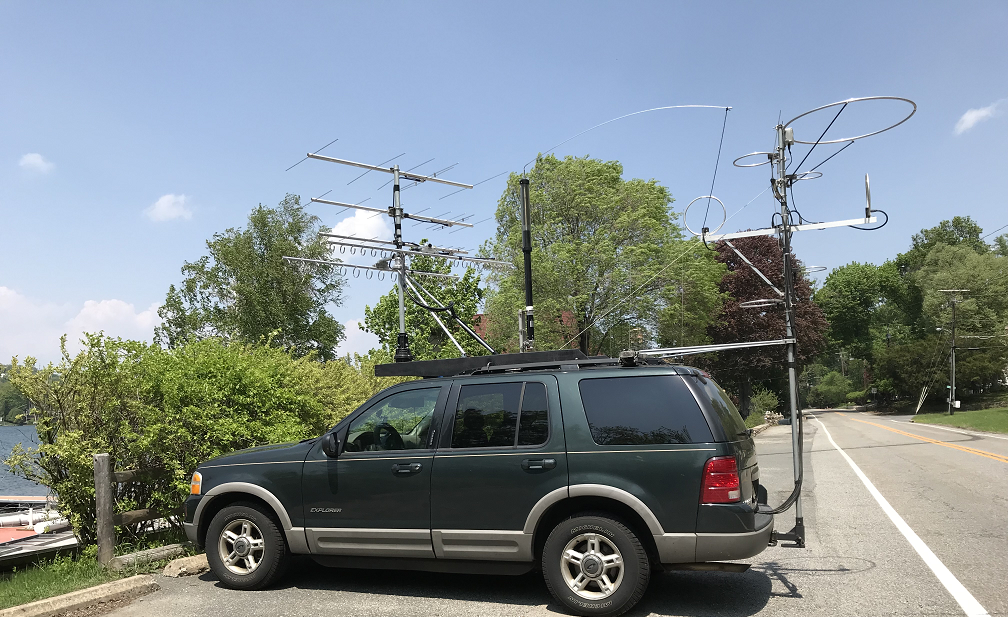 The K2EZ VHF Mobile and VHF Rover is setup for operation from 80m thru 23cm and can operate SSB, CW, AM, FM or
digital on any of the covered bands using a combination of using HF, VHF, UHF radios plus transverters. Power up to
500W is available on HF, 180W on 2m, 100W on 1.25m, 90W on 70cm, 10W on 33cm and 30W on 23cm.
80m thru 10m coverage is achieved using a large Tarheel antenna in the center of the roof with the whip bent back to
maintain acceptable overhead clearance.
For 6M the vehicle sports a quarter wave vertical whip used mostly for FM and a horizontal loop on the rear mast for
weak signal modes.
For 2m, 1.25m and 70cm there are 5/8 or collinear whip antennas for FM on the roof. For weak signal SSB, CW and
digital, the front rotating assembly are a set of horizontal polarized six-foot yagis. Also for weak signal work are a set of
horizontal polarized omnis for those bands except 70cm which has two directional loops.
For 33cm and 23cm there are only the horizontal polarized loop yagis on the rotating assembly in the front.
For VHF roving the vehicle is set up as a roll on, roll off in a ready to operate configuration. Operation with all antennas,
including the yagis, is possible on the move thru 70cm.

Want to showcase your EmComm vehicle?