The Hamvention Awards committee is pleased to announce the 2020 winners of the four annual Hamvention awards. Co-chairs Michael Kalter, W8CI, and Frank Beafore, WS8B, thanked all those who submitted nominations. They also thanked the selection committee for its efforts, “The awards team gave the applications much deliberation and thought to make sure the best were selected.”

An honors convocation and award presentation will be held on Saturday evening of Hamvention at a location yet to be announced. Presentations of the award winners will also be made at the general Hamvention audience on Sunday afternoon prior to the prize award activity.

The Club of the Year is honored for clearly demonstrating members involvement in varied aspects of Amateur Radio for the greater good of their community and/or their nation.

The South Canadian Amateur Radio Society (SCARS) is an ARRL Special Services Club based in the Cleveland County, Oklahoma area. No, it is not a Canadian club, the name references the South end of the Canadian River that runs west of town. Formed in 1977, the club works hard to grow and support the amateur radio operators in the area. Through their https://w5nor.org website, Facebook presence, YouTube channel, and weekly newsletter, their reach has expanded to reach thousands of hams monthly, from around the globe.

The amateur radio community is active and growing in Oklahoma. Based in the center of Tornado Alley, in the shadow of the National Weather Center, they take emergency communications very seriously. NWS Skywarn training and weekly ARES nets allow hams in the central Oklahoma area to practice their skills before the next big tornado rolls through. The Emergency Managers of Norman, Moore, and Cleveland County are hams and are members of the club.

Club members participate in weekly nets on 2M, 6M, 10M, UHF, and DMR to let members communicate with each other on-the-air. Each Saturday, the group holds a siren net where hams monitor over 100 sirens in four different towns. They formally meet daily except Sunday, at a local McDonalds, weekly for an Elmer Night, and monthly to learn more about current Amateur Radio topics. Also, they provide monthly license tests using the LARC VEC system. The club covers the expenses, providing a free test session that provides same-day, or next-day FCC action.

Community service events include assisting with the 110 amateur radio operators that provide communications for the OKC Memorial Marathon, and the state Bike MS ride. They manage stations all over town; at libraries, National Weather Center, Emergency Operations Centers for the city and county, and at the Norman Red Cross.

It was in 1964 when JH1AJT Yasuo MIYAZAWA —also well know as “Zorro”— obtained his first JA license for ham radio operation. He was 15 years old. Then, in 1966, he obtained a JA station license at age 16. As a high school student, he didn’t own good equipment, but he enjoyed operation with radios and antennas handmade by himself. At that time, there were not many operators on 10m band and many foreign DXpeditioners called Zorro every day. This experience led him to the DX world, and his international humanitarian activities as well.

Since then, Zorro has contacted many countries all over the world, and developed not only a large number of QSOs but also the friendships with operators of each country. In the DXCC World Ranking, he has been no. 1 on 10m band.  About 1980, he started to lead groups and try difficult DXpeditions, and achieved many successes. E3, A5, XW, XZ, XU, S2…are only a part of the countries in which he implemented DXpeditions. In 2015, he was inducted into the DX Hall of Fame.

The most distinctive feature of his DXpeditions is that he never focuses on the radio operation only, but he cooperates with local people and implements humanitarian activities that are needed in the community, to continue it for long time. He contributed to many activities such as dispatching a technical advisory group for the reorganization of national broadcasting stations of Bangladesh and Laos, supporting an orphanage in Bangladesh for its independent management, supporting the establishment of a vocational training center in Cambodia, and so on. He started these activities as individual volunteer works in the 1970’s, but as they developed significantly, he felt the need to carry out these activities as an organization, and in 2010 he established “Foundation for Global Children”. He has also contributed to various ham radio communities, including the establishment of INDEXA Humanitarian Aid.

Zorro has created new learning environments for children since 1972, when he set up a cram school with only 2 students. He has revolutionized the education in Japan, through creating the first learning systems for children who had difficulties in ordinary schools because of their having dyslexia, developmental disabilities, and so on. He founded “SEISA Group”, and now it holds various education institutes throughout Japan, from kindergartens and nurseries to junior high schools, high schools, universities and graduate schools, and more than 40,000 people are studying in SEISA.

Foundation for Global Children, established by Zorro in 2010, has been continuously supporting children and youth in Africa, Asia, and other areas in a wide range of fields, including education, health promotion, medical care, sports, and so on. He always carried out what he had promised. This led him to gain the great trust from each country’s royal family, president, minister, government officials and private sector as well. In recent years, he has focused on fostering youth and leaders in developing countries through sports, and supporting the social advancement of people with disabilities, especially in the wake of the Tokyo 2020 Olympic and Paralympic Games. He works on these projects in cooperation with governments and related organizations in each country.  In Bhutan, he has been in a friendly relationship with the royal family for more than 25 years, and in 2019, he was appointed as the Honorary Advisor to HRH Prince Jigyel Ugen Wangchuck, President of Bhutan’s Olympic Committee, working together on social reform. Through these activities, Zorro was awarded the Japanese Foreign Minister’s Commendation in 2018. He says, “ Regardless of whether it’s big or small, I’m just doing what I can do”.

He is currently Chief Executive Officer (CEO) of SEISA Group, Chairperson of FGC, and Chairperson of SEISA Group’s Kokusai Gakuen Education Institute. Even though he is always busy with these duties, he continues his studies and completed his master’s course in Waseda University in 2014, and is currently conducting further research in the doctoral course at SEISA University. He is also a visiting researcher at the University of Tokyo Graduate School of Public Policy. 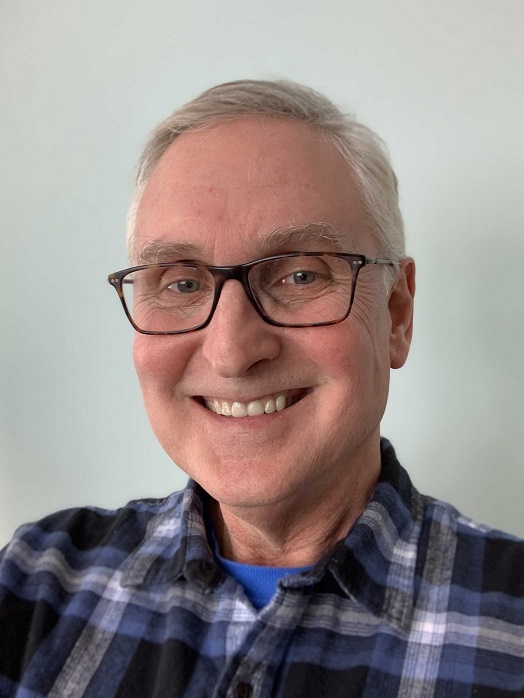 Steve Franke, K9AN, was first licensed in 1971 and has previously held call signs WN9IIQ and WB9IIQ.  An early and abiding fascination with radio science led him to a position as Professor of Electrical and Computer Engineering at the University of Illinois, from which he retired last year.  He enjoys chasing DX, studying HF and VHF propagation, and playing with radio-frequency circuits and antennas. 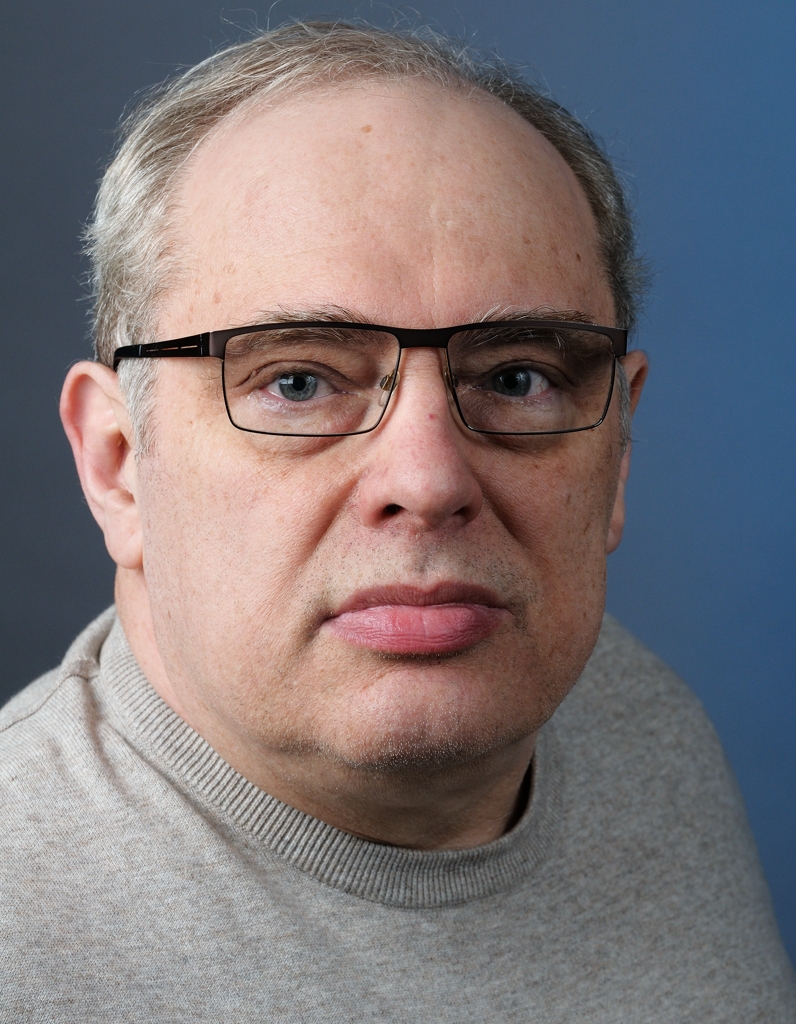 Bill Somerville, G4WJS, earned a Chemistry degree at the University of Bristol and has worked in computer software and hardware in a variety of industries including defense, software development, and financial services.  Most recently he’s a freelance consultant providing systems programming and related services to mid- to large-size software tool vendors.  An active radio amateur since 1981, Bill enjoys HF and VHF bands, contest operating, and DX chasing using CW, phone, and data modes. 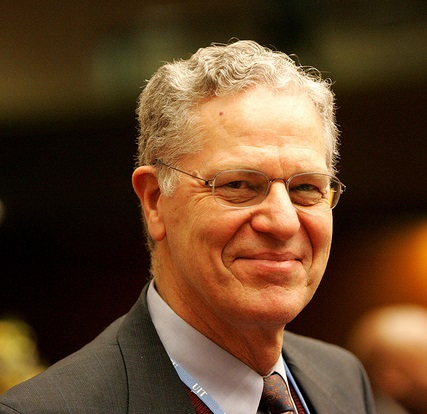 Joe Taylor, K1JT, is Professor of Physics, Emeritus, at Princeton University.  Steered into science by a boyhood fascination with radio and electronics, he was awarded the Nobel Prize in Physics in 1993 for discovery of the first orbiting pulsar.  Since retirement he has kept busy developing and using digital protocols for weak-signal communication by Amateur Radio.

The Special Achievement Award is given to a deserving amateur who made an outstanding contribution to the advancement of the radio art and or science. This award is usually given to a respected amateur who spearheaded a single significant project. 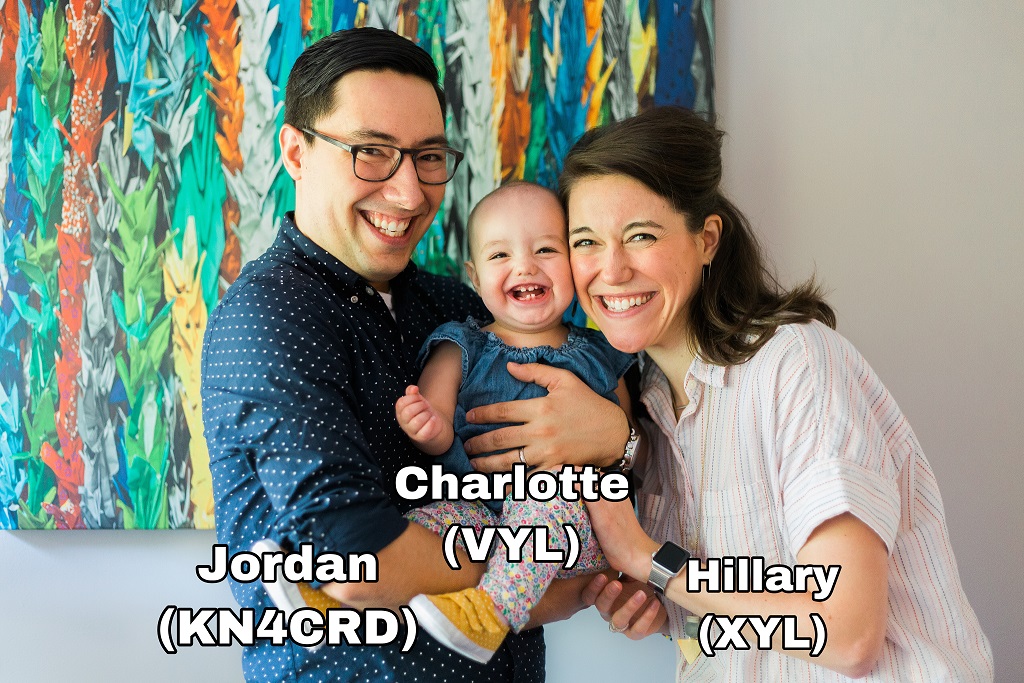 Jordan Sherer (KN4CRD) is an experienced software engineer by day and digital amateur radio operator by night. After becoming licensed in 2017, Jordan started his journey into ham radio exploring PSK31, JT65, and soon after FT8. Fascinated by the ability to connect with others using low power, Jordan set out to experiment with developing a protocol for weak signal mesh networking and communication. After many hours of programming while holding his newborn daughter, what resulted was JS8Call.

JS8Call is an open source and free platform, inspired by WSJT-X and FLdigi, that allows amateur operators the ability for keyboard-to-keyboard, store-and-forward, and network relay based communication. Since it’s release, JS8Call has been used by thousands of operators for making local and DX QSOs, running digital nets, testing NVIS propagation and communication by the military, and adoption by some state ARES for coordinating emergency situations. JS8Call is a communication tool that shines under weak signal conditions, but which also has something for everyone.

The best way to contact us is by email:
awards@hamvention.org