Frank Beafore, chairman for the 2016 Hamvention® awards has announced winners for the annual Hamvention awards convocation.

This prestigious set of awards honors the top amateur radio operators in the achievement areas of: Technical, Special and Amateur of the year. Hamvention has also been recognizing the Club of the Year. 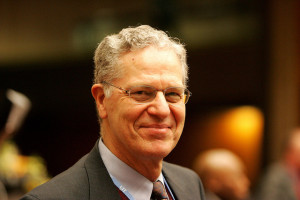 Joe was first licensed as KN2ITP in 1954, and has since held call signs K2ITP, WA1LXQ, W1HFV, VK2BJX and K1JT. He was Professor of Astronomy at the University of Massachusetts from 1969 to 1981 and since then Professor of Physics at Princeton University, serving there also as Dean of the Faculty for six years.  He was awarded the Nobel Prize in Physics in 1993 for discovery of the first orbiting pulsar, leading to observations that established the existence of gravitational waves.  After retirement he has been busy developing and enhancing digital protocols for weak-signal communication by Amateur Radio, including JT65 and WSPR.  He chases DX from 160 meters through the microwave bands. 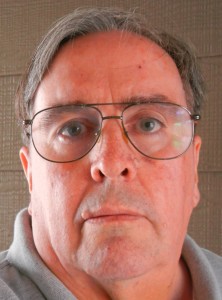 John was first licensed in 1970 as WB8GZR, later as WB9GQM, WB8PUF, and currently as W2XAB. He has been involved with amateur repeaters for over 40 years. After working in the Aerospace industry and Motorola, he has been teaching in higher education for over 20 years, currently as a Senior Lecturer at Clayton State University in the Department of Computer Science and Information Technology teaching computer networking; he will retire this May.  He is a life member of the ARRL and QCWA and has belonged to AMSAT and TAPR in additional to a number of local clubs as he moved between ten different states. John is currently active in the DMR community, having published a beginner’s guide [http://guide.k4usd.org] and a DMR article in QST and a contributing author in the ARRL 2016 Handbook. He has also presented a number of forums at ham fests including the Hamvention promoting DMR. 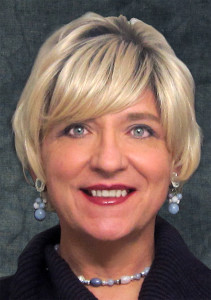 The Special Achievement Award recognizes WA1LOU as an advocate for cutting edge technologies that are now commonly used in amateur radio. Stan authored five books and wrote over 1,200 pieces for the ARRL and TAPR while evangelizing the use of home computers, packet radio, APRS, Digital Signal Processing (DSP) and Software Defined Radio (SDR) in amateur radio. Licensed in 1969 as WN1LOU, Stan has sampled almost every entrée on the ham radio menu and served in a slew of roles including Section Manager of Connecticut. Presently, Stan is a director and secretary for TAPR and serves as editor of TAPR’s newsletter (PSR). “LOU” has driven the 735 miles to Hamvention most years since 1978 and looks forward to doing so forever. “My fondest memories of ham radio are rubbing elbows and making friends with the makers and shakers of our hobby who show up at Hamvention every year.”

Rocky Mountain Ham Radio is not your typical Amateur Radio club.   The organization—based in the Denver, Colorado suburbs— offers its services to other Ham radio clubs and A.R.E.S. groups to help them be successful.  Technical assistance, classroom training on a myriad of subjects, mentoring, equipment/system design and public service are among the services provided.  The group owns and maintains fixed analog and digital/DMR repeater assets including one of the premier DMR private networks in the nation linked with an Amateur band microwave network that spans the Front Range of the Rocky Mountains from Cheyenne, Wyoming to Cañon City, Colorado with expansion in progress to Albuquerque, New Mexico.  The group also owns and operates a deployable communications command post in a 26 foot trailer with capabilities that include satellite Internet, terrestrial 4G Internet, D*Star,  IP telephone, DMR, HF, VHF, UHF and packet/PACTOR.  Working hand-in-hand with partner clubs and ARES groups, team members are proud to serve our communities.   Rocky Mountain Ham Radio also maintains a VE team to support licensing and upgrades and we work jointly with our associated youth organization, the Cherry Creek Young Amateur Radio Club to ensure a steady stream of new Hams are ready to become the next generation of members.  There are no dues; membership is granted by ongoing participation in our events throughout the year.  Rocky Mountain Ham Radio is not in competition with anyone; it exists to serve everyone! 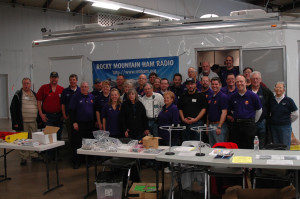 “These awards are the given to radio amateurs who have contributed much to the arts and science of our avocation. Please join me in congratulating all of the winners” said Frank Beafore, Chairperson of the awards committee. Additional details on the winners can be found on the Hamvention website.

Hamvention has been bestowing these awards since 1955. Recipients have covered all facets of ham radio including inventors, scientists, astronauts, public service, and contributors to mankind.

The Dayton Amateur Radio Association (DARA) has been sponsoring the Dayton Hamvention since 1952.