The Hamvention Awards committee is pleased to announce the winners of the four Hamvention 2019 awards. Co-chairs Michael Kalter, W8CI, and Frank Beafore, WS8B, thanked all those who nominated a candidate. They also thanked the selection committee for its efforts, “This is done with much deliberation and thought within the awards team to judge the best of all the applications we receive.”

The Hamvention Awards event has been held since 1955. Over these years many amateurs have been honored for their dedication and selfless contributions to our avocation and to mankind.  An honors convocation will also be held on Saturday evening of the Hamvention weekend and a presentation of the award winners will be made to the general audience on Sunday afternoon prior to the prize award activity.

The Club of the Year will be honored for clearly demonstrating their involvement in varied aspects of Amateur Radio for the greater good of their community and/or their nation.

The Nashua Area Radio Society (NARS) is an ARRL Special Service club in southern New Hampshire with a focus on mentoring and youth outreach to bring new amateurs into the hobby and help them to get on the air. More than 200 club members contribute to activities which include license class training, youth activities, on the air operating activities, and emergency communications training. A 501(c3) non-profit organization, the club has raised more than $8,000 to enable its Amateur Radio mentoring and outreach activities and programs.

NARS is committed to bringing new people, young and old into the amateur radio.  Technician, General and Extra classes are each taught twice yearly and have helped more 210 students earn a license or an upgrade with a success rate exceeding 90 percent. Club Field Day operations provide its members with ample opportunity to develop practical Emergency Communications skills, station building expertise, and develop on-air operating skills. In addition to monthly membership meetings, the club holds a monthly “Tech Night” where members provide hands-on training which helps new and experienced Amateurs to build stations, develop technical skills, and try new activities. Video from these sessions is professionally produced to provide a library of over 50 hours of Amateur Radio demonstrations and training.

The club has partnered with four local high schools and middle schools to develop and deliver STEM learning programs based upon Amateur Radio. One such project provides 14 hours of member delivered classroom presentations about Amateur Radio and High-Altitude Balloons (HABs).  Students in the HAB programs launch a HAB to the edge of space and track it via Amateur Radio. As part of the ARISS program, NARS has also partnered with Hudson Memorial School, a local middle school, to help students to contact Astronaut Serena Aunon-Chancellor on the International Space Station using Amateur Radio. 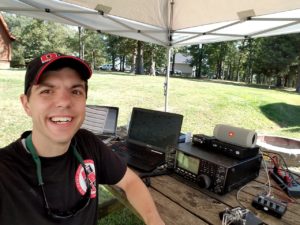 Nathaniel Frissell, W2NAF, has been a licensed ham since 1998 and is the principal founder and leader of the Ham Radio Science Citizen Investigation (HamSCI), a collective designed to join professional scientific researchers and the amateur radio community together to help each other. Nathaniel first learned about ham radio while in middle school from his elmer, Greg Nitkowski, N2BSA, at a Jamboree on the Air event. The SSB voices he heard from around the world while in that small cabin in the woods captured his imagination and led him to study the ionosphere ever since! Scouting has played an incredibly important part of Nathaniel’s amateur radio career. He started the W2FSR ham radio station at Forestburg Scout Reservation, where he served as Technology Center Director and taught radio merit badge and licensing for 6 summers. He also served on K2BSA National Scout Jamboree staff three times, is an Eagle Scout, a Vigil Honor member, and remains an active scouter.

While finishing his B.S. in Physics and Music Education from Montclair State University (MSU), Nathaniel returned to the Dayton Hamvention where he met students from K4KDJ, the Virginia Tech Amateur Radio Club. Based on this meeting, he went to pursue his Ph.D. from the Virginia Tech (VT) SuperDARN HF Radar laboratory. At both MSU and VT, Nathaniel was active in the school clubs, teaching licensing classes, and serving as a VE. Nathaniel’s PhD research discovered that medium scale traveling ionospheric disturbances (MSTIDs) are primarily associated with polar vortex activity rather than auroral activity as previously thought. His research on the ionosphere also gave him the opportunity to travel to and operate from many remote locations, including Adak Island, Svalbard, and McMurdo Station, Antarctica.

Today, Nathaniel is a Research Professor at the New Jersey Institute of Technology Center for Solar-Terrestrial Research (NJIT CSTR) where leads the HamSCI effort and works with undergraduate students. Nathaniel led the Solar Eclipse QSO Party (SEQP) during the August 21, 2017 Total Solar Eclipse, a contest-like amateur radio science experiment to study eclipse ionospheric effects. Peer-reviewed results were published in Geophysical Research Letters. He now coordinates the annual HamSCI workshop, where amateurs and professionals meet in person to work on science projects together. Nathaniel is a co-advisor to the NJIT Amateur Radio Club, K2MFF, a member of the American Radio Relay League, the Radio Club of America, the American Geophysical Union, and holds DXCC.

Following his mechanical studies and the experience gained at the precision mechanics workshop with his father Guido Begali and later with other well-known personalities in the history of Italian mechanics, he began his work experience in his workshop in Brescia in 1954. 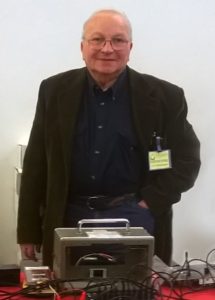 Passionate about his work and dedicated to his family, given the market of knitting machines for which he has always produced details of precision went into recession, he dedicated his amateur radio activity and his experience, in order to save his company and so to be able to continue his work experience in the field of mechanics thus producing Telegraphic Keys.

Always ready to challenge the fate and adversities of life and work, he has always put his heart and his experience at the service of those who requested his intervention.

Always passionate about reading (with about 10,000 pieces in his library), for most of Radio technique, mechanics and science, he wrote his book “History and Stories of Radio” in 2005, including not only history of radio and definitions of radio technology but also personal experience of work and personal life.

Not knowing the meaning of “displaced persons” (move to the countryside to avoid the risk of bombing cities) forced to go out to ask his father who was cultivating the war vegetable garden, he was thus able to fix that listening in his memory.

Passionate about electricity, he built a first Radio in Galena, which was followed by  regenerative Receivers. Failures have never failed his passion. He believed, in 1957, that he had listened to the first Sputnik with a signal jet receiver. A more concrete experience matured, doubts arose, who knows!

The workshop lessons (Workshop yes, but there was talk of radio) given by Professor Renato Luisa, then i1RD, of electromechanical engineer Giuseppe Masserdotti, then i1GME, allowed him to cultivate the best interest in radio communications.

After obtaining the transmission license in 1964, he dedicated himself, in the early days, to the hunt for new countries, then realizing that the main purpose of the ham radio is not the competitive activity. Rather the experimentation of equipment, antennas and radio wave propagation phenomena, not neglecting the dissemination through collaboration with magazines.

As a result of a decline in industrial production that he had been carrying out since 1954, he converted his workshop back to the production of telegraphic keys.

The Special Achievement Award will be given to a deserving amateur that made an outstanding contribution to the advancement of the radio art and or science. This award is usually given to a respected amateur who spearheaded a single significant project.

Chris Janssen, DL1MGB/KO2WW, as president of the World Radiosport Team Championship 2018, lead the more than 300 volunteers that put on the successful competition in Germany which resulted in 262,746 QSOs. 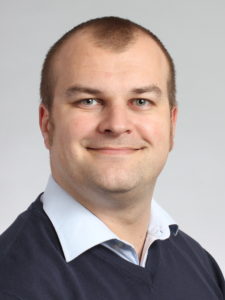 First licensed in 1990 at the age of 14, Chris began his contest career on VHF. But he changed to HF when he took part in his first CQWW in 1993 and joined the Bavarian Contest Club one year later. The participation in the CQWW SSB 2000 in the team of CN8WW is still the highlight so far, being a world record holder in the Multi/Multi class for over 17 years now. Several activities within the team of DA0HQ followed resulting in several #1 places.

In 1997 Chris found out that Contesting and DXing fit very well when he went on his first DXpedition to the Faroe Islands. Since then he was active from over 20 DXCCs including 4U1VIC, 9Y4TBG, A61AJ, CN8WW, KH6/KO2WW, LX7I, OY6A, Z37M, TX5K (Clipperton), VK9DLX, VK9DNX, VK9DWX or ZL8X. Chris and the Lagunaria DX Group were the organizers of the last four. The last two were awarded as “SWODXA DXpedition of the Year”. Back in Germany, when time permits, Chris also likes to contest or to chase DX. Still missing 10 DXCC’s, he already was active from two of them: Clipperton and Kermadec. His favorite band is 160m with over 200 DXCC’s confirmed.

In 2010, Chris was elected as referee for WRTC in Russia. After this unique experience Chris wanted to take part in the WRTC 2014 as a competitor but had to give up this idea in favor of the organization of the TX5K radio operations on Clipperton Island. Immediately after the WRTC in Boston, a small team of German radio amateurs came together to evaluate a possible WRTC 2018 in Germany. Chris took over the lead together with Michael DL6MHW. With about 100 people involved in the organization, and another over 300 volunteers they made the dream of WRTC 2018 come true.